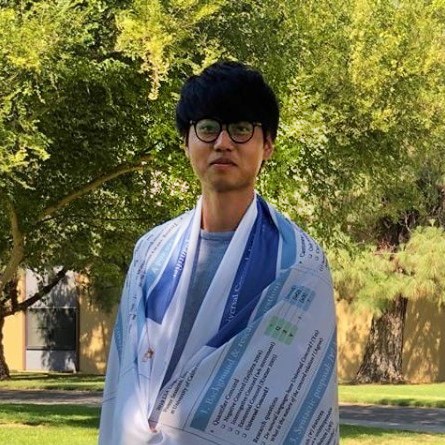 I’m a third-year PhD student in the Department of Linguistics at Yale University. I’m a Hong Konger and speak Cantonese. My research languages are mainly East and Southeast Asian languages.

Here is my CV.

My main research interest lies in syntax and its interface with semantics. Since my master study in CUHK, I have been working on quantifier doubling (also called concord) where two (or even more) quantifiers co-occur but apparently only one of them is interpreted in semantics. A mismatch between syntax and semantics thus arises and calls for a solution. The particular cases I’m working on include doubling of universal quantifiers and exclusive focus particles ‘only’. I’m also interested in a variety of topics, including clausal architecture with focus on adverbial clauses, phase deactivation in hyperraising, the role of scope calculation in modal movement, etc.

I also have an interest in Linearization and the syntax-phonology interface. Linearization is the procedure of mapping hierarchical structures in syntax onto linear strings in the phonological component. I study how movement chains may be linearized in cases like discontinuous predicates and resumptive pronouns. Another issue about the mapping is how the linear strings are organized prosodically, and to what extent the prosodic domains align with syntactic structures. I approach the issue by looking at right dislocation.

Besides, language variations (including micro-variations) also fascinate me. On the one hand, they provide hints on the nature of innate language capacity of human and contribute to theory building; and on the other hand, they also reflect socio-cultural interactions. Corpora are very useful for conducting this kind of research by revealing longitudinal and latitudinal variations, such as the Pan-Chinese synchronous corpus LIVAC. A list of Cantonese corpora can also be found here.

I go by both as Ka-Fai 家煇 (Cantonese pronunciation in IPA: [ka55 fɐi55]) and Ming (my English name - though doesn’t sound Western).